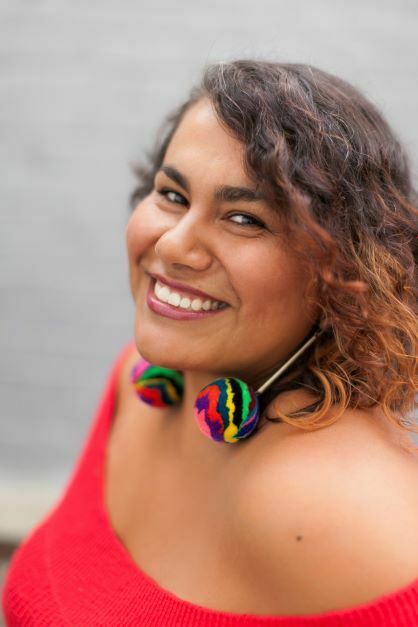 Patricia Cano is a Peruvian-Canadian actor and singer-songwriter born and raised in Sudbury, ON. Since 2001, she has travelled the world singing Cree Cabaret alongside Cree playwright/author/composer extraordinaire, Tomson Highway. In 2017, Patricia won the Toronto Theatre Critics Award for Best Actress in a Musical for her performance in Cree, English and French in Highway’s one-woman musical, The (Post) Mistress.
Her acting credits include memorable years spent as a member of the renowned French theatre company, Le Théâtre du Soleil, and later as a member of the NAC’s English Theatre Company. Her solo music career was launched in 2009 with the release of her first studio album, This is the New World– a collaboration with Brazilian composer and multi-instrumentalist, Carlos Bernardo. The album won Best Album by a Solo Artist at the 2011 Northern Ontario Music and Film Awards and led to years of cross-Canada touring. In October 2017, Patricia released her much anticipated sophomore album, Madre Amiga Hermana, of which one reviewer wrote, “This is an outstanding release from a supremely talented songwriter and vocalist” (Raul Da Gama, World Music Report, Oct 2017).
In 2019, Patricia won the Northern Ontario Music & Film award for Outstanding Vocal Performance on a Recording for her rendition of Violeta Parra’s “Gracias a la Vida”. In February 2021, Patricia released a recording entitled The Love & Resistance Sessions, a four-song collaboration, crafted with love in the time of COVID, with multi-instrumentalist and composer Louis Simão. Most recently, Patricia voiced the audiobook for Tomson Highway’s Kiss of the Fur Queen for Penguin Random House released in June of 2021.