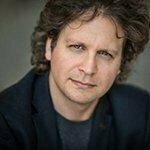 Daniel Vnukowski (pronounced Vnoo-KOFF-skee) is founder and artistic director of the Collingwood Summer Music Festival as well as popular radio broadcaster of the Jukebox on the New Classical FM. He maintains an international concert career as a pianist and has been praised for his wide range of repertoire – from the baroque to contemporary. Growing up in Niagara Falls and Windsor, Ontario, he left Canada for Europe at the age of 15 to pursue further studies abroad. Since then, he has travelled throughout the world, performing for small, intimate gatherings to large-scale outdoor events with audiences over 10,000 people. Yet, Daniel’s greatest passion is to bring high-quality live music performances to those who cannot always access it. In 2017, he founded a pan-Canadian outreach project known as “Piano Six – New Generation”, which involves six pianists performing in rural, remote communities throughout Canada. The program reaches over 10,000 young Canadians each year. Visit DanPerforms.com for more information. 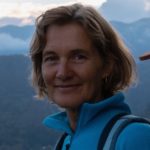 Liesbeth grew up in France and the Netherlands, where she acquired a master’s degree in Law with a minor in Art History. This was the start of an adventurous life, filled with many travels and interesting work experiences: as director of a child right’s organization, editor for classical music magazines, designer, and business owner. Together with her family, she moved to Sint Maarten where she lived for 14 years. In the winter of 2015, the family moved to Collingwood. Volunteer work has always been an integral part of her life: she was director of Foundation Classical Delight in Sint Maarten, bringing classical concerts and school concerts to the island and hosting many famous artists such as Joshua Bell and Philip Quint. When not working, Liesbeth can be found running or hiking at South Georgian Bay’s beautiful trails. 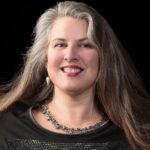 Since 1997, Brenda – through her company Lewis Media Relations – has been providing professional media relations, promotional writing and live entertainment planning/artistic direction services to clients from local and regional (Guelph, Kitchener-Waterloo Region, Southern Ontario, Toronto) to locations across Canada, the USA, and the UK/Ireland. Longterm employers and clients include: The Guelph Chamber Choir – she is in her 10th year/season working with them as their Concert Promotions Coordinator, the Midland Cultural Centre on an as-needed basis for the past four years, and, The Arkell Schoolhouse Gallery Classical Concert Series (just outside Guelph) – for a decade she was the publicist for both of their concert series, classical, and, contemporary/folk music – and was the artistic director for the latter. For the past five years, Brenda has been the touring publicist (for USA, Canada, UK and Ireland) for internationally-acclaimed world music guitarist Pierre Bensusan, hailing from France. For the past two years, she has been multiple Grammy nominee and International Bluesgrass Award-winner Claire Lynch’s publicist, for Canadian tours. Brenda has also handled media relations for Hamilton pianist/composer Robert Bruce for the past three years. Learn more about Lewis Media Relations.