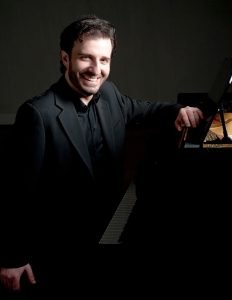 The New York Times has described Juno-award-winning and Grammy-nominated Kradjian’s playing as a “persuasive balance between elegance and spirit,” while the Frankfurter Allegemeine noted that he has “a fiery temperament and elegant sound” with “technique to burn.” Mr. Kradjian has appeared with the Toronto, Vancouver, Edmonton, Madrid and Göttingen Symphonies, the Russian National Orchestra, the Armenian Philharmonic and the Thailand Philharmonic.

Solo, chamber music recitals and premieres of his compositions have taken Mr. Kradjian from all major Canadian cities, via the U.S – New York (Carnegie Hall), Boston (Jordan Hall) , San Francisco , Miami, Chicago and Los Angeles – to European concert halls in Paris, Munich, Salzburg, Trondheim, Lausanne, Geneva, Madrid, Barcelona and Bilbao and to the Far East in China and Japan.. He is regularly invited to the Ottawa, Bergen, Savannah , Colmar and Cortona music festivals.