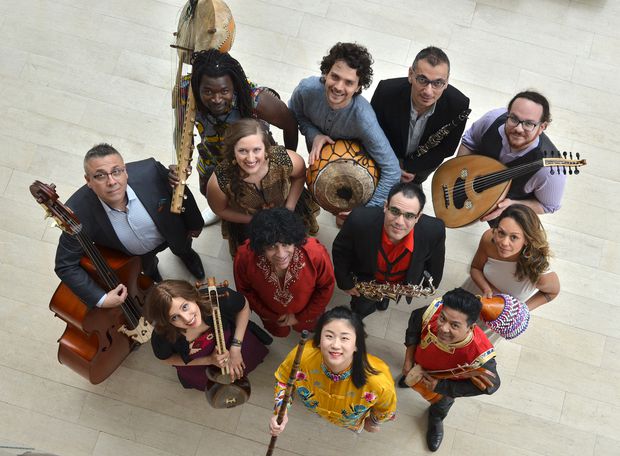 KUNÉ, formerly known as the New Canadian Global Music Orchestra (NCGMO), was created by The Royal Conservatory of Music to celebrate the cultural diversity and pluralism of our country as it turned 150. This ensemble brings together virtuosic musicians who have immigrated to Canada from the four corners of the earth as well as an Indigenous Canadian representative. The ensemble members were in residence at The Royal Conservatory starting December 2016 writing music together, participating in educational activities, and creating new traditions that reflect what Canada sounds and looks like today.

In the fall of 2019, KUNÉ completed their first OAC-sponsored US tour. In early 2020, KUNÉ received a National Creation Fund grant and in partnership with Banff Centre for the Arts premiered six of their compositions with the Winnipeg Symphony and the Kitchener-Waterloo Symphony. KUNÉ’s debut record was also sponsored by the Banff Centre and is distributed by Universal Music Canada.

KUNÉ’s influences come from each member’s individual cultural upbringing. Kuné strives to create the feeling of grounded-ness and sense of being embraced and accepted in a new and unfamiliar place; generating and re-envisioning new memories and associations through music in a safe and accepting space; establishing an understanding that we are all experiencing the same struggles and joys together. KUNÉ strives to disrupt the “other-ness” narrative, absorbing the audience in a humanistic experience. While collaborating, fusing different cultures together in their creations, KUNÉ’s members retain their personal musical and cultural identities, expressing their musical language and personalities within the context of a musical framework.

With musicians from different backgrounds, KUNÉ is creating the sounds of Toronto. The group is finding a way to delve into a musical genre that has just begun to be explored, sharing it with the world through recordings, performances and social media.