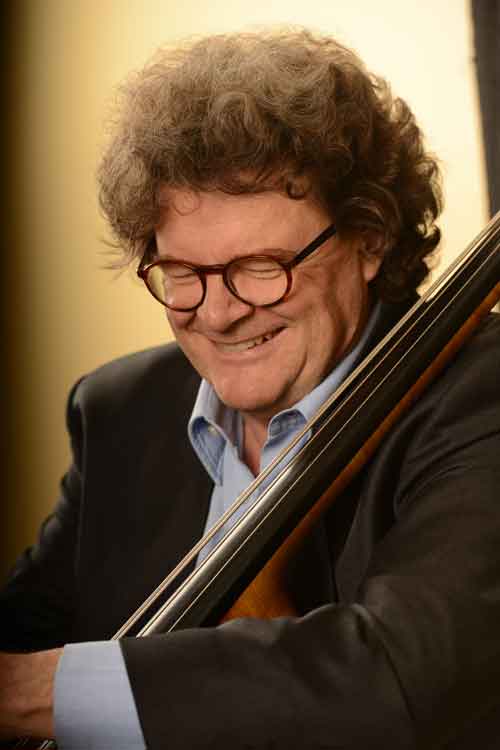 For over thirty years, Joel Quarrington has served as the Principal Double Bassist of many ensembles including the Canadian Opera Company, the Toronto Symphony, Canada’s National Arts Centre Orchestra, and the London Symphony Orchestra.
Born in Toronto, Joel began his formal studies of the double bass when he was thirteen. He won the Geneva International Competition and the CBC Talent Competition.
A devoted teacher, Joel is a professor at the Conservatoire de Musique of Montreal and is appointed at the Royal Academy of Music in London as a “Visiting Artist”. Besides being a guest teacher at schools all around the world he holds annual masterclasses in the summers at Quebec’s Orford Arts Centre.

Joel has made several solo recordings, which have won both the prestigious JUNO and Opus Prizes. From the International Society of Bassists, Joel has received a Special Recognition Award for Outstanding Solo Performance and for Outstanding Orchestral Performance. He performs on an Italian bass made in 1666 by the Italian master, Santo Paolo Maggini.