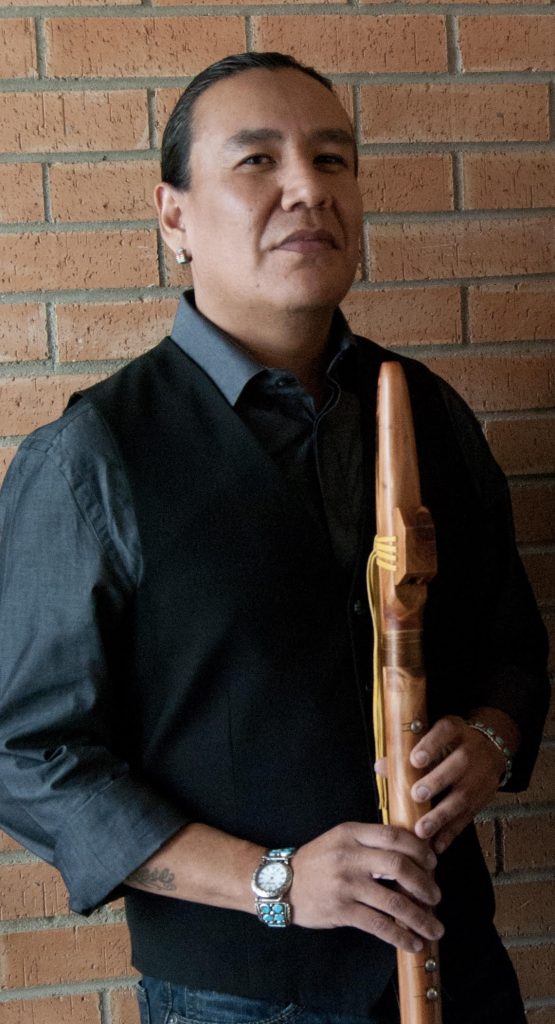 Jason Chamakese is from the Pelican Lake First Nation in Saskatchewan, Canada. He is from the Plains Cree Nation and is a speaker of the Plains Cree language. He began his flute playing as a hobby in 1998. He later started to compose his own music and released an album of flute music entitled “Midnight at Clearwater, Native American Flute Songs, volume 1” in 2007. Later, he released the self-titled album “Jason Chamakese, Native American Flute Songs, volume 2” in 2010.

He has traveled throughout North America sharing his music and stories and travelled to Scotland in 2013 for the Scottish International Storytelling Festival. He is currently a panelist/translator on APTN’s Hometown Hockey in Cree and will be a graduate from the Blue Quills University with Cree being his major.