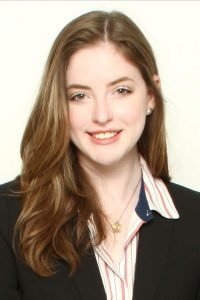 Mezzo Soprano Ellita Gagner was born in Halifax, Nova Scotia, though her music education began at age 13 in Chatham, Ontario with teachers Christine and Jim Prosser. Ellita recently finished her Bachelor of Music with an Honours in Voice Performance at the Unversity of Western Ontario where she continues to study with acclaimed mezzo soprano, Patricia Green. Awards include first place in both the 2017 Ontario Music Festivals Association and the 2020 National Association of Teachers of Singing competition. In 2018, she won the London Community Orchestra’s Young Soloists Concert Audition and performed La Captive and Villanelle by H. Berlioz, and Faites-lui mes aveux from Faust by C. Gounod with the orchestra in their winter season. Ellita’s recent performances include Little London Opera’s Dido and Aeneas, Peep Bo in UWOpera’s production of The Mikado, and Dorabella in UWOpera’s production of Così fan tutte. Prior to studying opera, Ellita performed the Narrator in Studio Black’s Joseph and the Amazing Technicolour Dream Coat and Kurt in The Sound of Music. Ellita has a passion for the music of contemporary Canadian and female composers, as well as bringing classical music to communities with reduced access and is forming a collective which hopes to put on multiple small productions in London, Ontario in the coming season. She is very excited to learn from the artists at Brott Opera!