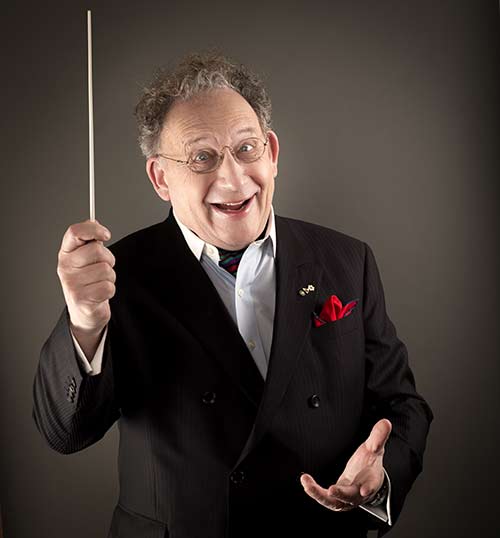 Boris Brott is one of Canada’s most visible and energetic conductors, leaving many traces of his work across Canada’s music scene while taking important posts in the U.S. and Europe. He is also noted as a motivational speaker with a long list of corporate appearances.

He was born Jeremiah Brott in Montreal on March 14, 1944, to a violinist/composer father and a cellist mother. Brott took up the violin as a toddler and made his debut at five in a Montreal Symphony Orchestra concert for young people. He went on to study at the Montreal Conservatory and the McGill University Conservatory. In 1956, he went to Europe for conducting studies with veteran conductor Pierre Monteux, who hired him as an assistant even though he was only 12 years old. At 15, Brott founded and led a new orchestra of his own, the Philharmonic Youth Orchestra of Montreal. Brott won several important prizes on his way to his first formal post as the assistant conductor of the Toronto Symphony, under Walter Süsskind, from 1963 to 1965. He moved on to the Northern Sinfonia in Newcastle-Upon-Tyne, UK, from 1964 to 1968, and then, in 1968 and 1969, to a post as the assistant conductor of the New York Philharmonic under Leonard Bernstein.

In Canada, Brott took his first chief conducting posts at the Lakehead Symphony Orchestra (later the Thunder Bay Symphony Orchestra) in 1967, the Hamilton Symphony Orchestra in 1969, and the Regina Symphony Orchestra in 1971. He remained in Hamilton until 1990, building the orchestra from an amateur ensemble to a major regional symphony that spawned smaller groups, including the internationally successful Canadian Brass. By the time he departed, he proudly notes, the orchestra had more subscribers than the Hamilton Tiger Cats professional football team. He has worked to raise the professional standards of other Canadian orchestras, including those in Regina, CBC Winnipeg, Thunder Bay, Kitchener-Waterloo, and Halifax (the Symphony Nova Scotia). Brott founded two important Canadian musical institutions, the Brott Music Festival (Canada’s largest) and the National Academy Orchestra of Canada, and, in 1992, he returned to school, earning a law degree at the University of Western Ontario. A successful motivational speaker, he has given talks emphasizing the commonalities between music and corporate management to audiences, including the CEOs of IBM, General Motors, and American Airlines, among other firms.

Brott took a guest conducting tour of Italian opera houses in the early 2000s (and was named the principal guest conductor of the Petruzzelli Theatre in Bari, Italy, in 2011). He continues to conduct the National Academy Orchestra of Canada and the McGill Chamber Orchestra. Many of his recordings date from the 1990s, 2000s, and 2010s; in 2019, on the Analekta label, he released the album New Jewish Music, Vol. 2 with the Orchestre Classique de Montréal.