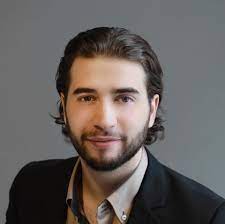 Angelo Moretti is a Canadian-Italian Tenor, born and raised in Toronto, Ontario. With the support of his friends and family, Angelo started pursuing his passion for singing at the age of 11 years old. Angelo’s versatile voice led him to many opportunities and successes at a young age; this includes winning the hit national TV Show, “The Next Star: Supergroup” with his pop band in 2014. His love for classical singing and Opera began in high school, while studying with Soprano and former student of the late Lois Marshall, Cindy Townsend. It is at Father John Redmond High school and Regional Arts Centre, where he received the highest overall average in the vocal music program. He actively draws from his Italian roots and traditions to help influence his musical techniques and styles.

Angelo recently graduated with honours from his Bachelor of Music Degree in Voice Performance at UofT’s faculty of music, and is currently in his first year of his Master of Music degree in Opera Performance at the University of Toronto’s Opera School, where he studies in the studio of Dr. Darryl Edwards. His recent appearances include: Performing as Edwin the Defendant and Richard Dauntless in COSIConnection productions of Gilbert & Sullivan’s Trail by Jury and Ruddigore, consecutive performances at the Tenorissimi concerts held at the Arts & Letters Club, and multiple UofT events, concerts and recitals; this includes performing in UofT’s Vocalini Concert. Angelo was also actively involved in UofT’s Opera productions as an undergraduate student. He recently performed as Steve Sankey in their production of Kurt Weill’s Street Scene, sang as a chorus member in their production of Mozart’s Le Nozze di Figaro and understudied the role of Henry Crawford in their production and Canadian premier of Jonathan Dove’s Mansfield Park. Angelo looks forward to pursuing his studies at UofT, especially as a member of the Opera School and furthering his career in music.